Entering Escha - Ru’Aun requires players to achieve Heroic Rank 8 or higher. Players can enter the zone through the Undulating Confluence located in Miseraeux Cost near the homepoint crystal at G-5.

Escha Ru’Aun ranges from level 145 to 170 and provides several new challenges to players. While it is possible to solo content in Escha Ru’Aun, it’s highly recommended to group up with other players. Many of the encounters have adds (that’s seriously the theme of this zone) and require certain positionals, damage types, and magic types to damage or knock encounter from phone phase to another. 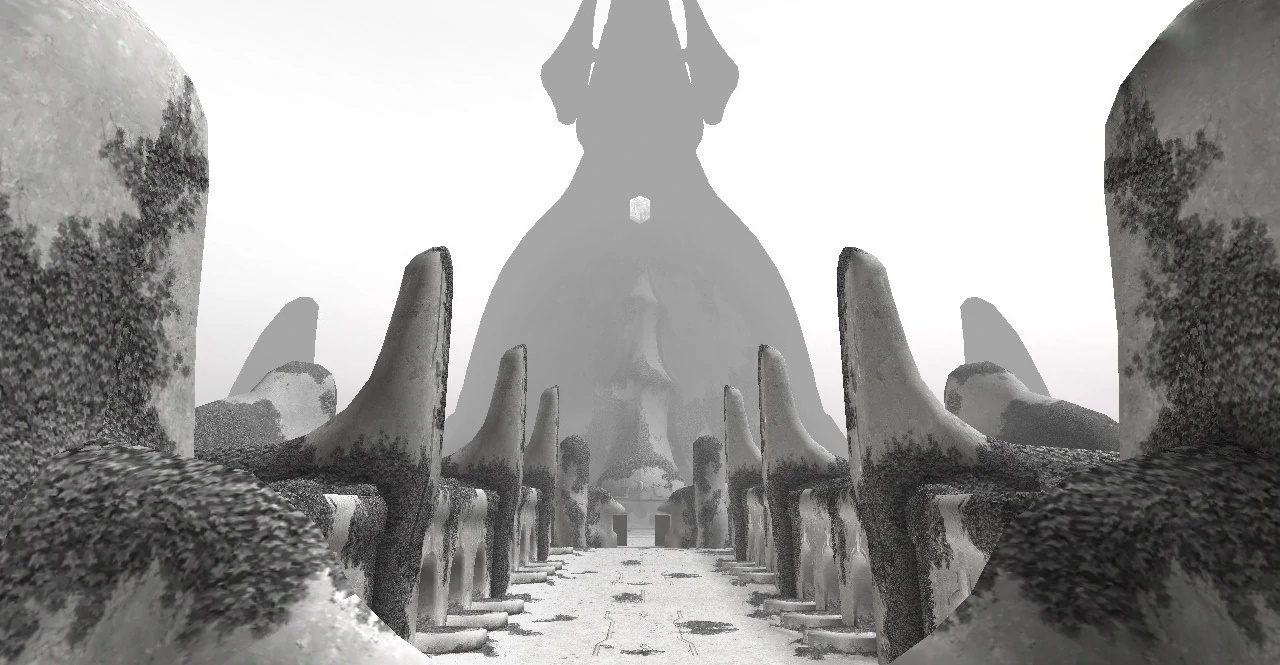 In addition to the seen threats, there is a danger lurking around every corner ready to strike when you least expect it.

There are 35+ unique notorious monsters scattered throughout Escha Ru’aun, separated into multiple groups with multiple paths.

As with previous Heroics zones, the combat and mechanics of many of these encounters is based off of their retail fights. Many of the same behaviors, success and fail conditions, and abilities are are scripted to be similar; however, several have our own custom twist. Pay close attention to the animations, combat text, and actions to be successful. The guides on BG-Wiki and FFXIcyclopedia can provide directional guidance as well.

The Ark Angels have escaped the La’Loff Amphitheater and wait on each of their respective islands for worthy challengers.

The ashweed used to draw them out is dropped from various Eschan mobs, specifically Eschan Il’Aerns found throughout the zone. Once enough ashweed is collected, trade a Dark Cluster, the ashweed, and a piece of parchment to the location to begin the battle.

The Nazar have a chance to spawn from the various open world luminians, luminions, vorageans, and empties scattered around the islands. Each Warder has a 50% chance to drop their charms (key items) when defeated. Each battle participant has their own unique chance at receiving this key item. These Nazar key items are used to spawn the final Warder–the Warder of Courage.

The Warder is aligned with the type of enemy used to spawn it. For example, Warder of Temperance is a Zdei and Warder of Love is a Yovra.

There is a slight cooldown on how often one of these NMs can spawn and only one can be up in the zone at a time, so coordination with other players is key.

The Escha Yovras are the rarest to find and are spread out on the four Heavenly Beast islands.

The Warder of Prudence is a multi-phase fight. Killing both at the same time can result in not getting loot as, depending on server ticks and randomness, the next phase may not spawn.

The Heavenly Beasts have been corrupted by the darkness and their seals have been scattered on their various islands.

To spawn each Heavenly Beast, retrieve three (3) scraps of their seals and trade the scraps with 500,000 gil to Dremi to receive the appropriate key item. For example, to receive the Byakko’s Pride key item, trade Dremi 3x “Seal of Byakko Scrap” and 500,000 gil. These scraps are normal drops and can be improved with Treasure Hunter skill.

Once a key item is acquired, trading the corresponding crystal cluster while possessing the key item will spawn the Heavenly Beast on its respective island.

Once all four Heavenly Beasts have been defeated at least once (and players have acquired the titles), players may trade five (5) of each scrap with 2, 000, 000g to Dremi to receive the key item Kirin’s Fervor. Players possessing the Kirin’s Fervor key item can trade an Earth Cluster to the ??? on the H-12 “entry” island to spawn Kirin.

As players collect key items from the Nazar, they can be used to spawn the tier 1 Gaes Fete encounters at the various ??? spread throughout the zone. Each ??? point will tell players what encounters are possible at it. Trade the required items to the ??? to begin the encounter.

Each tier 1 encounter has a 50% chance to provide the party members with a temporary key item that can be used to spawn a tier 2 Gaes Fete encounter.

Each tier 2 encounter has a 50% chance to provide party members with a temporary key item that can be used to spawn a tier 3 Gaes Fete encounters.

The final tier of Gaes Fete in Escha - Ru’Aun. Players who have acquired the various key items from tier 2 can use those and various void items found throughout the zone to spawn tier 3 Gaes Fete encounters at various ??? spread throughout the zone. Trade the required items while possessing the required key items to the ??? to begin the encounter. Only the player trading the cluster will have their key items checked and removed (similar to voidwatch encounters).

Each tier 3 encounter has a 100% chance to provide party members with a temporary key item that can be turned into Alfi at the zone entrance for a reward of Heroics points and a random chance at various items.

Players who want to challenge the zone boss, Naga Raja, can do so at H-12. While possessing the key items from Vir’ava, Pakecet, and Duke Vepar, trade 24 of each void item (void grass, gravewood log, and ashweed) to the spawn point to being the fight.

Speak to Dremi near the entrance to Escha Ru’Aun after acquiring certain key items and trophies to gain mission rewards and bonus infamy.

Each of these sets is targets to specific jobs and playstyles.

While common in early 75 of sky, HNMs, and Einherjar, abjurations haven’t shown up in recent content patches. For many players, this will be a new experience.

For example, to create the Carmine Scale Mail +1 item, I would need a HQ version of the cursed item, the Voodoo Mail and the abjuration pattern, the Shinryu Abjuration: Body dropped from Duke Vepar. The cursed items can be created and traded among players, however, abjurations are rare/ex.

Once players have both items, trade them to Alphollon C. Meriard in the Catherdial in Northern San d’Oria to receive the purified item.

Is there a difference between the NQ and HQ versions?

Yes. Many pieces have a significant stat difference between the two versions and the HQ versions include set bonuses.

Why are there two different recipes to craft the abjuration armors?

No idea. In theory, the recipe that is lower level that requires a prior tier HQ cursed item should be easier to HQ, but requires more upfront work. This is a crafter theory question. :)

Is there anything special about the abjuration armors?

Yes. Rather than adding a new tier of augments, all abjurations (both NQ and HQ) have unique augments on them and come pre-augmented when received from Alphollon C. Meriard. Many of these augments based on the augments that players could receive on these pieces on retail and are rare or unique to the armor sets.

HQ items typically have more augments and higher augment stats than the NQ counterparts. Players can remote and put new augments on these items; however, to get these augments back, the item would need to be dropped and reacquired through the abjuration process.

EXCEPTION: The Triton and Vale sets do not receive custom augments at this time as they are intended to be for style lock and/or very unique use cases. We’re evaluating how best to handle these two sets (aka: we have no idea why they have such crap stats yet come from equally challenging mobs) and if they have any play usage outside of reminding us of the good old days.