Mythic weapons are originally from the Treasures of Aht Urhgan expansion and Nyzul Isle dungeon. On Nocturnal Souls, we have a unique way to acquire and upgrade them starting at level 99.

Acquiring the Base Mythic Weapon 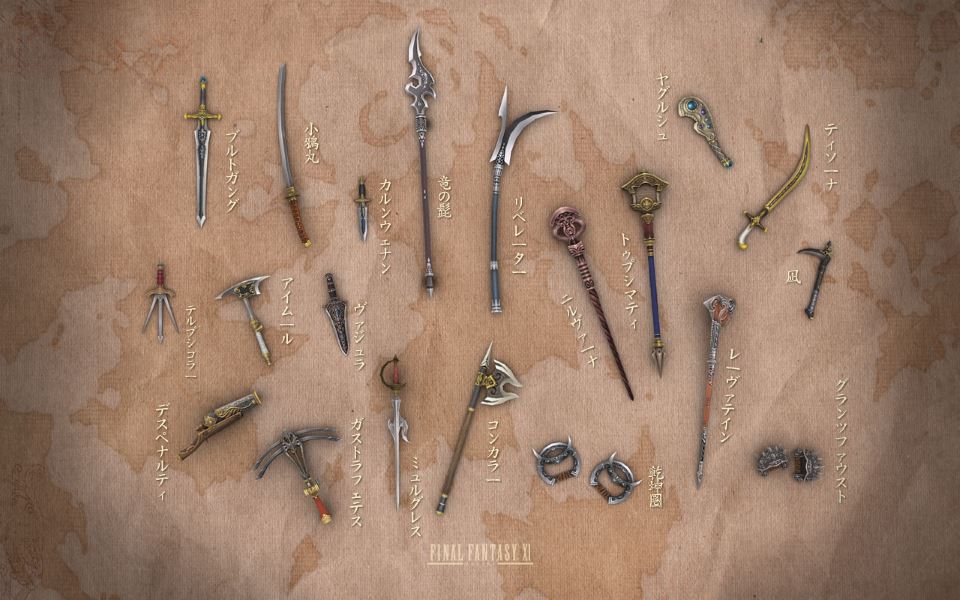 Mythic Weapons, also known as “The Myriad Arms of Balrahn” are twenty weapons (one for every job except Geomancer and Rune Fencer) obtained from Zeni Notorious Monsters.

The base weapons are drops from the Tier III ZNMs.

Mythic weapons they can be further reforged through their level 99 variants with Magian Mog CJ in Ru’Lude Gardens.

To start a trial, trade your item to the proper Magian Moogle to start the corresponding trial.

In order to progress to the next level there is a pool of Notorious Monsters you can choose from in order to advance. You can choose to kill any of them, the only requirement is that you kill a total of nine from the appropriate tier. For example if you wanted to upgrade your Conqueror, you could kill Brass Border six times, Dextrose twice, and Velonis once. You will have successfully completed this stage of your Conqueror upgrade since the total number of monsters defeated has reached nine.

While the first and second trial ZNMs are spawned, the third trial ToAU kinds are each on a one hour respawn timer.

It’s assumed players are already using i119 weapons of some sort and have on at least Reforged Artifact +1 gear to bolster their accuracy, evasion, and magic defense.

Players can now trade in their completed Mythic ranged weapons to Oboro and receive an augmentable version of the weapon and an ammo quiver/pouch. The belts/quivers have no stats and provides TWO stacks of 99 ammo on use. This applies to:

Mythic aftermaths, in general, are difficult to properly use as they provide their bonuses UNIQUELY at each aftermath level and subsequent levels of aftermath overrides the prior.

To that end, these aftermaths now work similar to the relic and empyrean aftermaths where each level includes the prior aftermath level’s buffs. Using Yagrush again, at aftermath level 3, players would gain the magic accuracy, melee accuracy, and “occasionally attack twice/thrice” as part of their aftermath.